Docker networking is built on an architecture called the Container Network Model (CNM). The CNM is an architecture that allows us to provide a networking model that is simple and efficient, while at the same time ensuring that the applications running in the containers are safe, secure, and portable. Let us have a look at the CNM model.[1] 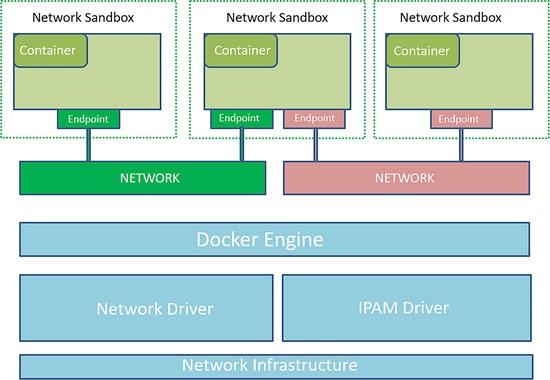 The CNM typically have several constructs and let us have a quick look at those.[1:2]